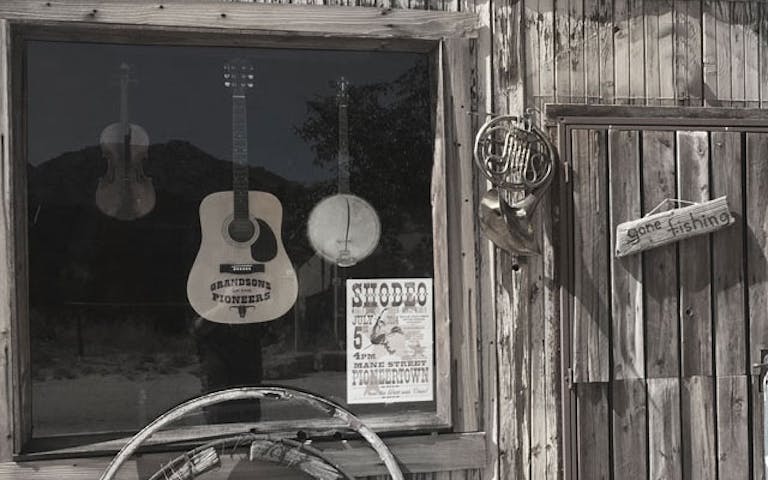 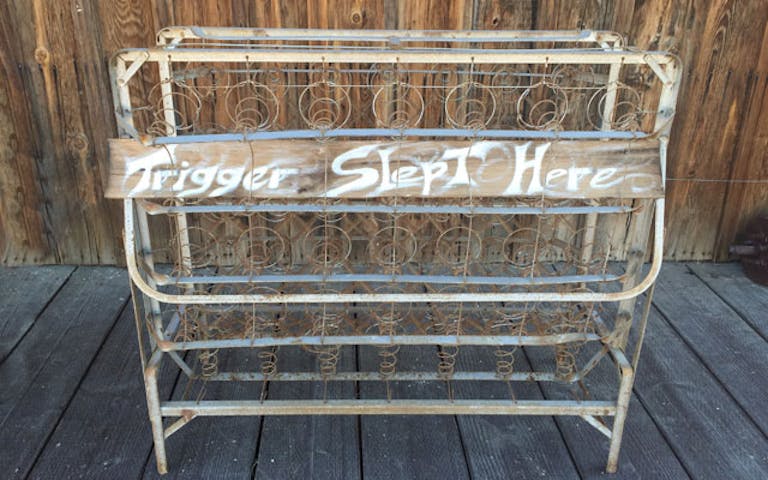 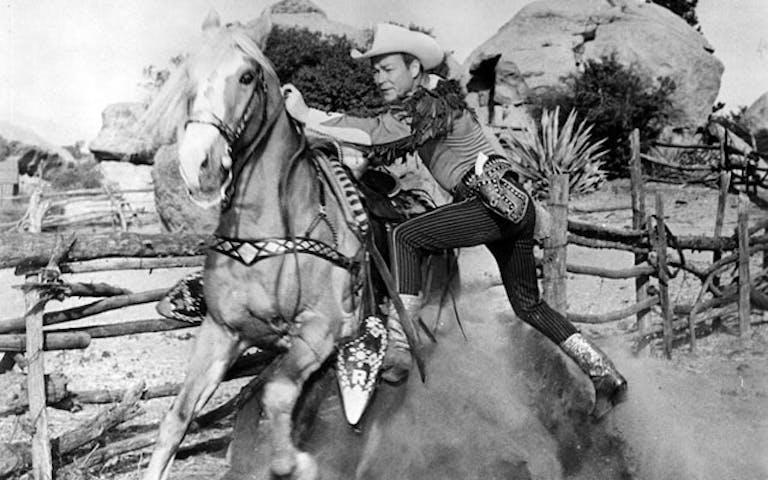 “Out in Pioneertown” by Tim Spencer 1946 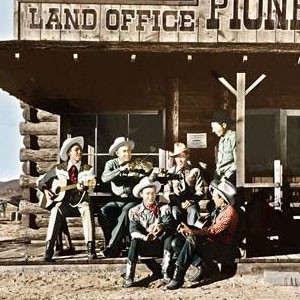 Character actor Dick Curtis lent an old lady $25, and when she was unable to return the money, she gave Curtis a deed to a small plot of California sand north of Los Angeles. After a while, Curtis sold the lot for $150. He took the money to a Southern Pacific Railroad land agent and said, “Put this in some more sand for me.” The original investment of $25 grew until the actor awoke one day to the fact that he owned a considerable amount of property out in the desert. Curtis had never seen the land he owned but assumed it to be nothing more than a large parcel of worthless sand. When Curtis decided to take a look at the land he had purchased, he discovered that it could only be reached on horseback. Curtis rode up the dusty old cattle trail from Yucca Valley. When he reached a plateau of softly swaying bunchgrass nestled at the foot of the San Bernardino Mountains, Curtis said “This is the place,” to his horse. This is the legend, If it is 100% true, we will never know. Dick Curtis passed away in 1952 from Cancer.

WHAT WE KNOW AS FACT

Dick Curtis visited the area that would become Pioneertown and was convinced that a movie ranch as well as homes, resorts, and dude ranches would be ideal and would become a money maker. Curtis, along with 17 investors, including Roy Rogers, the Sons of the Pioneers, Russell Hayden, Frank McDonald, Tommy Carr, Terry Frost, and Bud Abbott, in 1946, each invested $500. A corporation was established with offices in Studio City. The company purchased 32,000 acres, the entire valley where the town now sits in.

Pioneertown did, however, become a community. The residents of this secluded little town are like-minded people who love the beauty of nature, the night skies, the sound of silence and the feeling of a small town.

The history of Pioneertown is almost as incredible as the beauty of this Mountain-Desert area itself.

Shows are scheduled on the First and Third Saturday 1pm, 2pm and 3pm
October thru May
For more information about Gun Fighters For Hire click here

Shows are scheduled on the Second and Forth Saturday 1pm sharp from the 1st cool day in October to the 1st HOT day in May/June.
For more information about Mane Street Stampede click here

Learn more about the history of Pioneertown by picking up “Pioneertown, USA” by Kenneth Gentry.